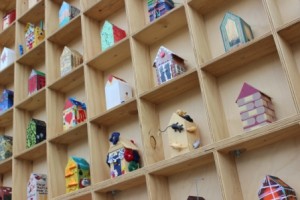 You may have seen media reports recently announcing that many lenders have increased the interest rates that they charged for investment property loans.

Despite record low interest rates, lenders have elected to increase the cost of borrowing for investors.

Lenders have also over the recent month changed their lending policies towards investors.

This is a summary of what has been happening in the market place:

Many lenders including the major banks (ANZ, CBA, NAB and Westpac) have announced that the interest rates on investor loans will be increasing.

The reason that they have provided is due to concerns about a “bubble” in the property market – particularly housing prices in Sydney and Melbourne.  Regulators have voiced their concerns since December last year.

Earlier this year, The Australian Prudential Regulation Authority (APRA) and the Reserve Bank of Australia (RBA) voiced their increasing concern around investor lending.  Both regulators are worried that the increase in house prices have mainly been fuelled by property investors.  To counter this, APRA implemented a cap on investment lending portfolio growth.  Banks are now restricted to growing their investment loan portfolios to less than 10% annually.

It is this restriction that the lenders are blaming for their increase in investor loan interest rates.

The effect of these changes:

The rate rises are targeted towards investment loans.  For most investors who have an investment loan already, their interest rates on their current loans will be increased.

Home loan owners (ie Owner Occupied Loans) should not be affected, and they should not have any changes to their interest rates.

To counter the cap on their investment lending portfolios, lenders have started to focus their activities to grow their owner occupied home loan portfolios.  They have brought out very competitive interest rates for owner occupier loans.

This will benefit first home buyers, anyone who is thinking of upgrading their home, and those of us who are looking to buy a second home.

There has never been a better time to borrow money to buy a house to live in.

If you have any concerns about these changes to your investment loan or your home loan, contact us.