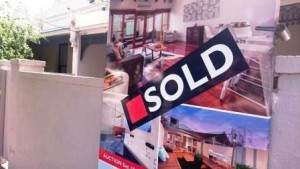 According to CoreLogic RP Data, house prices in Sydney and Melbourne have fallen in the December 2015 quarter by 0.99% and 0.73% respectively.  The talk in the street is that auction clearance rates, especially in Sydney have also fallen.

The drop in auction clearance rates may be due to tighter lending conditions imposed by APRA and ASIC on banks and lenders in the last half of 2015.  Combined with the dual pricing of mortgage interest rates – where owners occupied loans are priced cheaper than investment property loans – and the oversupply of apartments and units coming into the CBD markets, have slowed the growth of property values.

But despite the slowdown in growth, commentators are still expecting prices to grow – at a slower pace.

And the expectation is that most of this growth will be from First Home Buyers (FHBs).

According to CoreData, FHBs are more likely to buy their first home sooner, and more than 44% intending to buy in the next six months.

This means that FHBs believe that this is now a good time to buy.