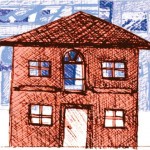 Following the sluggish state of the property market in 2012, growth in the Australian property market has remained strong and resilient this year.  Buyers have been out in force over the last few months, with the number of investors rising and good clearance rates and prices around the country.

Property experts are predicting that 2014 will see even more activity and price growth, and may continue right through to 2015.

“2014 will be a good year for property,” says Michael Yardney, CEO of Metropole Property Strategists.

In addition to low interest rates and an improving economy, Yardney cited population growth as a factor that will contribute to a strong property market.

“Australia’s population is growing at 1.8 per cent per annum and it doesn’t look like it’s going to slow down.  That suggests that our population will increase by 10 per cent in the next five years and the vast majority of those people are going to be coming to the major cities, which will underpin property values,” he adds.

Interest rates are expected to stay relatively low, leading to continued steady improvement in most market activity around the country.

Nationally Metropole is forecasting house price rises between 7 and 11 per cent in capital cities. Melbourne and Brisbane will post price growths of between 4 and 8 per cent each, while Perth house prices are set to rise by a total 15 per cent over the three years to June 2016, with most activity concentrated over the next 2 years.

If you are ready to move, contact us and we will guide you with the most up-to-date finance information at your fingertips.